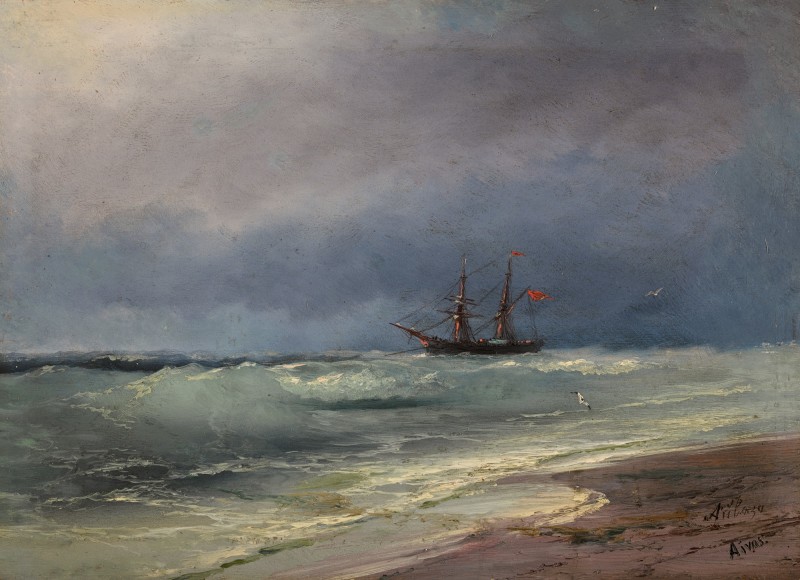 SAILING SHIP ON A STORMY DAY

signed twice in Cyrillic and Latin l.r.; further signed in Latin, inscribed Paris, dated 1890 and inscribed with an authentication by Alexander Benois dated 1953 on the reverse

Authenticity has been confirmed by Gianni Caffiero and Ivan Samarine on the basis of photographs.

Please note: Condition 11 of the Conditions of Business for Buyers (Online Only) is not applicable to this lot.

The present lot was painted in Paris in 1890 while the artist was visiting the city with his second wife Anna Burnazian-Sarkisova. The two had travelled there from Feodosia in February for the opening of an exhibition of 29 recent works by Aivazovsky at the Galerie Paul Durand-Ruel which was a huge success. During their visit he was also awarded the Legion of Honour in the rank of Commander by the French state. He had previously been awarded the rank of Cavalier in 1858, when he was the first foreign artist to receive it.

This painting presumably remained in France after it was painted and in the 1950s it was authenticated by another celebrated Russian artist, Alexander Benois, who was at the centre of Russian Parisian artistic life from the time of his arrival in 1926 until his death in 1960. 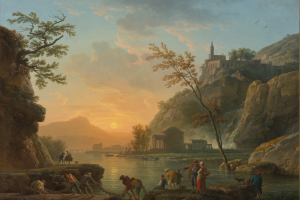